Outsiderland presents: ‘My third sister, and stuff’; an exhibition with work by Jacquelien Gosschalk de Leeuw and Carmen Schabracq. ‘My third sister, and stuff’ takes you on a journey through the minds of these two artists who made new work together for Outsiderland, but who were irrevocably linked long before that, without their knowledge. From different backgrounds, they come together in a shared quest to how to have a conversation when you are not really allowed to talk, or there are no right words for it. Straight through intergenerational trauma, they show that a conversation can be anything from a life-size doll to an art-dress.

You could say that Jacquelien Gosschalk de Leeuw and Carmen Schabracq follow two parallel paths as artists. From different angles they follow a similar route and inspire each other to experiment with material and medium. Their work is connected, aesthetically for sure, but also on a deeper level. At first glance it is an oasis of color and form, of cheerfulness and excess. “It’s fine here, don’t worry!” the works seem to say for a moment. But that’s just the surface. Right below that, if you look just a little longer, is the conversation. That could never be put into words but was always there. It is the blueprint of a Jewish family history that both artists share. An intergenerational trauma of holocaust survivors, which in one case was never really talked about, in the other case only talked about in the second and third hand, but with both always present. One that, in this second and third generation of women, presents herself as a bubbling force that every so often tries to squeeze her way out through the hatches in their heads, sometimes judging, sometimes through amazement. Nobody seems to oversee her. She’s just there. Like a kind of sister who walks with you forever, but always changes shape. With Jacquelien, for example, she appears when she reads a sentence, hears a statement or sees something happening on the street. Immediately a hatch opens, and she has to get to work. She writes everything down and rushes through the flea market to look for material that fits just that one note. And so, the notes become dolls and the dolls become a story. The story of the second generation who had to make amends, never say too much, but above all to show that they were worthy.

With Carmen, she intuitively exists in the form of women she knows and who interest her. They most often end up on her colorful canvases. Beneath that layer of cheerful-looking color lies Carmen’s story. A story of the third generation that claims its place more, that demands more space but at the same time still carries the pressure of magnified ambition and achievement. 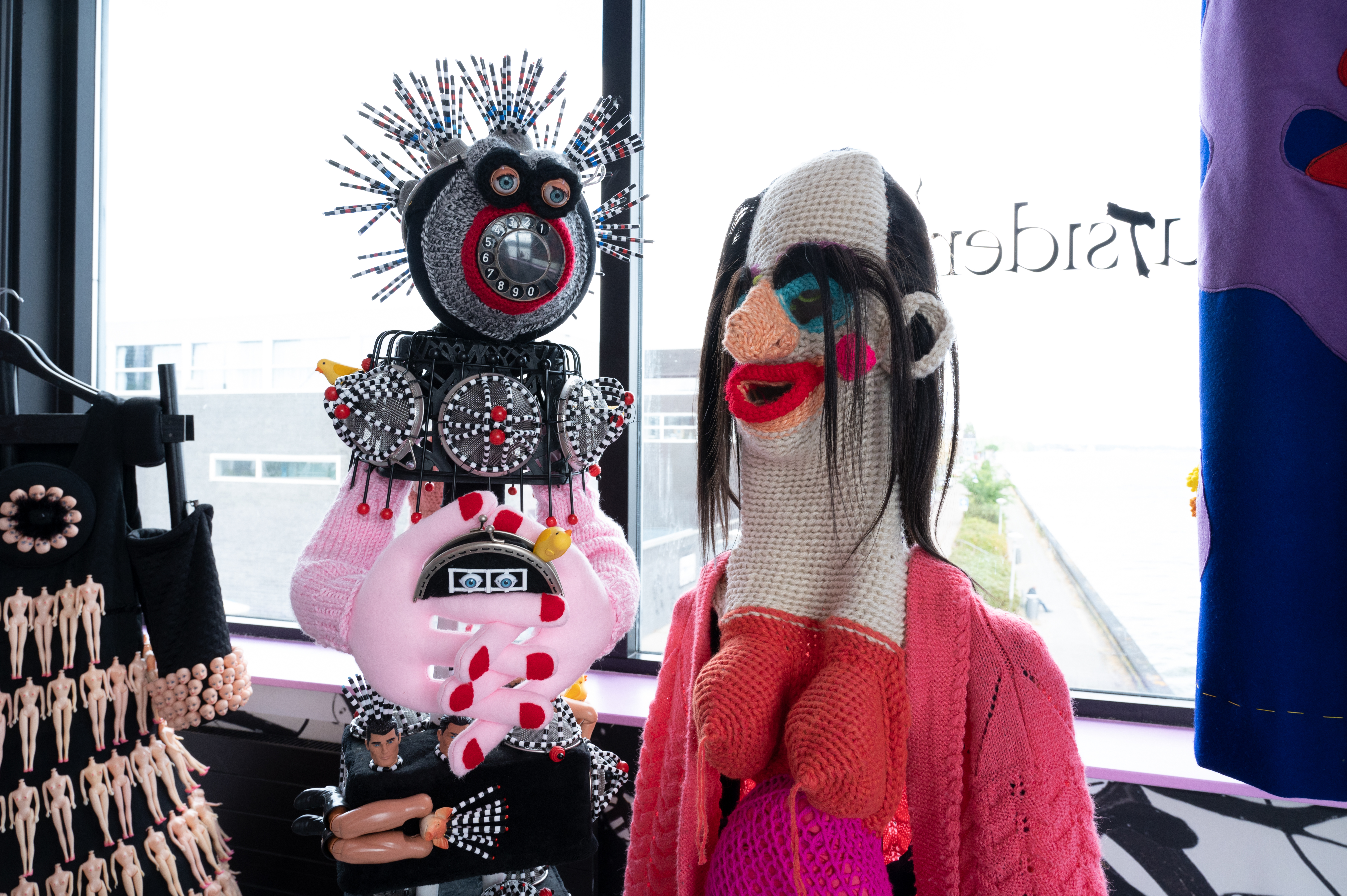